How to Boost Audience Attention With This One Easy Fix 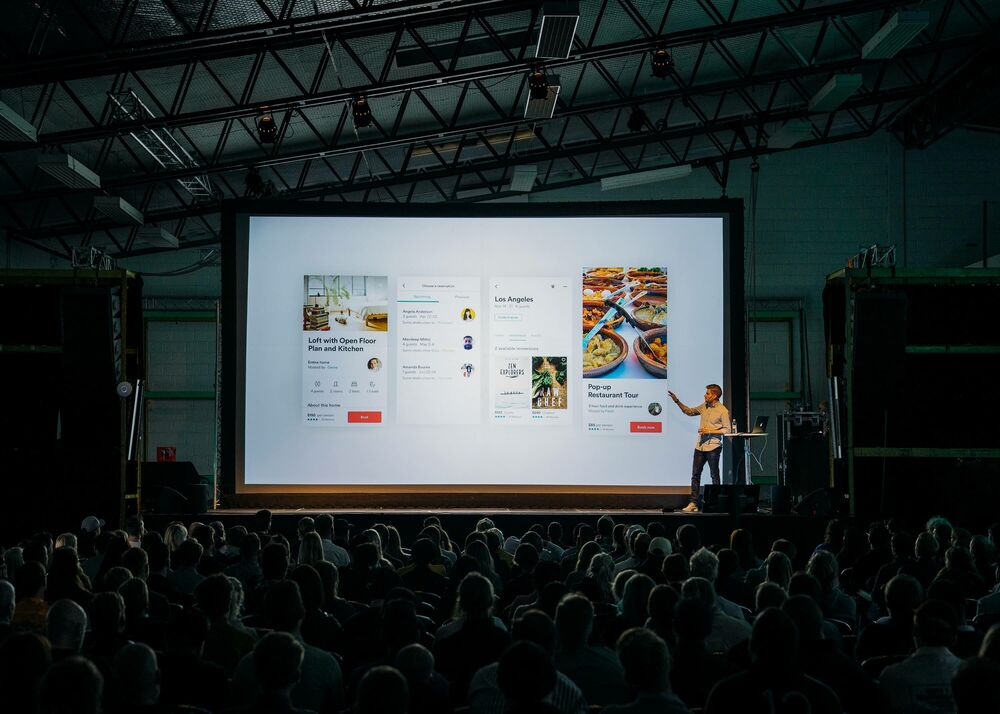 Before the pandemic hit and over the course of your career, you've probably been asked to represent your business or company at an industry conference or event. Chances are, you delivered the brand messages you were supposed to deliver. You talked about new products and services you've recently launched or have on the horizon. You may have deftly avoided sensitive issues your team asked you to avoid. In short, you've likely told the story you wanted to tell, again and again.

But did you tell the story your audience wanted to hear?

I don't mean in a pandering way, but in a way that matters to the audiences you want to reach, so that what you're communicating inspires them to take the action you want? For example, when you speak, is your audience tweeting things you're saying? When there's Q and A at the end, are people eager to ask follow-up questions? After you've finished, are you getting polite applause or is your audience clapping loudly, showing its appreciation?

And perhaps most important of all from a business development standpoint, are people lining up afterwards to talk with you further, to ask additional questions, or to trade contact information? If you answered "no" to any of these questions and if you want to boost audience attention when you speak, there's an easy, business storytelling fix for that: remember, it's not about you. It's about your audience.

I found that for this approach to work, a little humility helps. After all, it's humility that allows you to reorient your thinking away from yourself and toward your audience. But how do you put all of this into action, so that you're able to put your audience first? I'll share four practical tips I've learned – sometimes the hard way – that you can use right away.

Several years ago, I was taking a speechwriting class. I was a speechwriter in a former life. I’ll never forget how the instructor began the class, which was filled with a large group of fairly-seasoned speechwriters. Here are the first six words that came out of his mouth: nobody wants to hear your speech. He said it again: nobody wants to hear your speech. Years later, I learned that even when your audience IS hearing your speech, as one writer put it: “they’re not listening to what you’re saying. They’re listening for what it means for them.” What was a little tough to hear back in the day has slowly become front and center in my thinking when it comes to communicating for impact.

Why does putting your audience first matter? In my experience, here’s what you risk happening if you don’t put your audience first. People start thinking about something else. They start counting the minutes until you're finished. Or if all you've done is check the box, your audience may just check out.

Tip No. 2  |  Keep Your Audience Focus With This Hack

One of my favorite business writers is Dan Pink.  If you're not familiar with him, I encourage you to pick up one of his books. Here's an exercise I learned from his book:  To Sell is Human. Hold up your index finger and write an imaginary uppercase E on your forehead. I'll wait a second for you to do this.

Now, imagine if putting your audience first were a matter of life and death? Here's an amazing example where that's the case.

If you stand in front of this parked ambulance, you see the word ambulance written across the front but it's in something called mirrored writing. 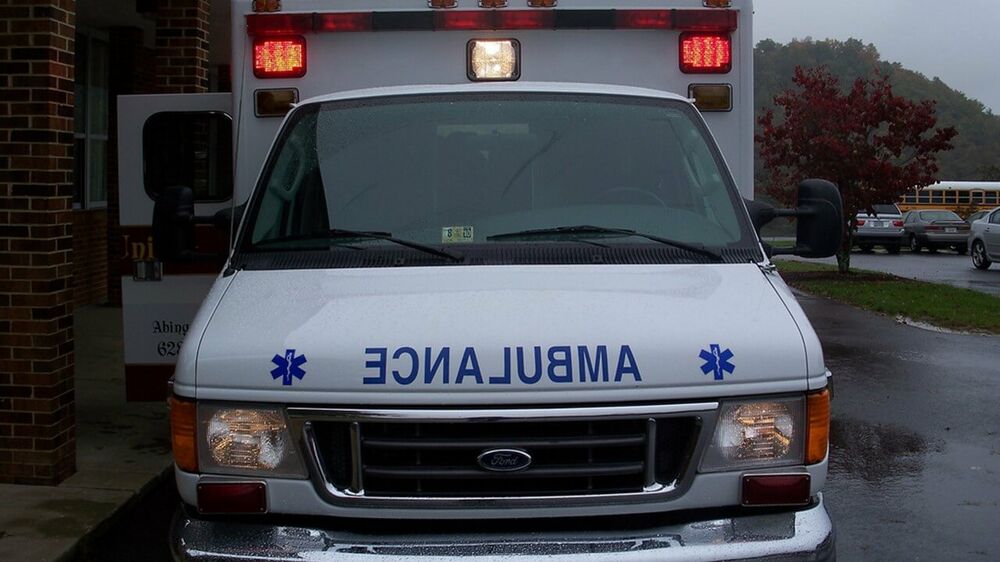 But things change if you see an ambulance behind you as you're driving down the road. Obviously, hearing the siren, seeing the flashing lights tells you something’s up.  But when you look in your rearview mirror, you see this instead. 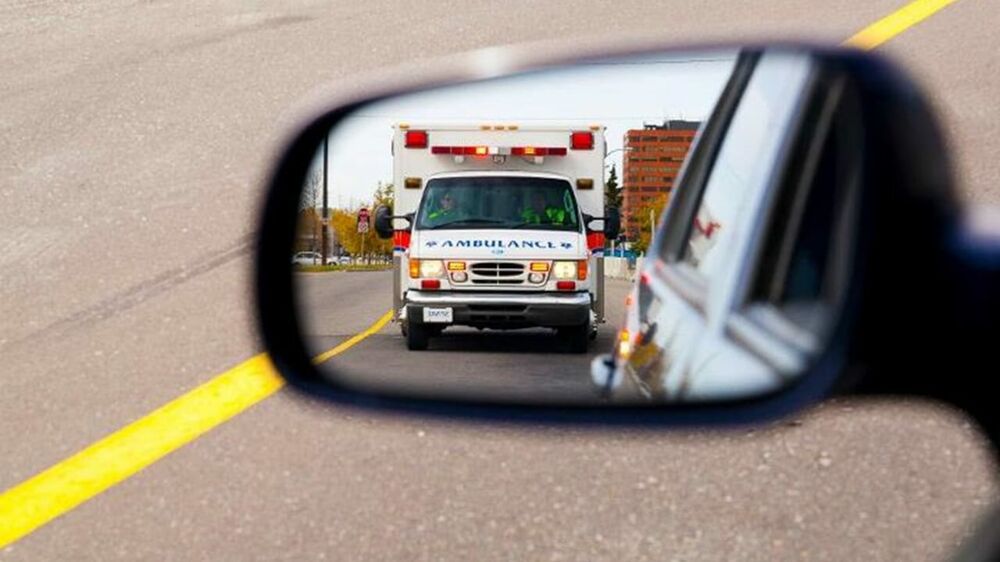 The "audience” – if you will – for the word ambulance isn't someone standing in front of it. The audience is someone driving a car in front of it, looking in the rearview mirror. The goal is to get people to move to the side of the road to make way for a speeding ambulance.  Someone had the foresight to consider who their audience was and then take them into account in coming up with a solution.

Tip No. 3  |  Use Structure to Help Your Audience

I first heard about What? So What? Now What? from a fellow panelist at a conference. I loved its simplicity and its immediate applicability.  It’s a 3-step process to organizing your thoughts into a compelling point that you want to communicate.

Step One is the "What"– literally, whatever the topic is you're talking about.

The thought process that gets us to "Now What?" goes something like this.  We understand the topic and point you're making.  We know why it should matter to us.  Now, we want to know what's the action that we should take – or the "Now What?"

All three steps are important but the one I want to emphasize for the purposes of this post is Step Two:  "So What?" Merely asking this question alone as you develop your communications will do wonders for boosting audience attention.

Asking "So What?"applies across the communications landscape, from public speaking to media pitches to social media posts and more.  Asking "So What?" shifts your perspective and your thinking from being a speaker on stage to being someone sitting in the audience.  Asking "So What?" helps you empathize with your audience as well, which brings us to Tip No. 4.

To customize a business storytelling workshop I was conducting a few years ago, I interviewed the principal about his team. We discussed his team’s strengths and weaknesses and ways we could design the workshop to best meet their needs and his objectives.  At the end of our conversation, he mentioned an icebreaker he planned to use in his team meeting following the workshop.  Each person would take off their shoes and pass them to the person on the right to put on, wear, and walk around in. The purpose was to teach his team about empathy – to learn what it's like to be in someone else's shoes:  literally!

Why empathy?  Empathy is the lifeblood of sales of any kind, whether you're selling goods and services, promoting a new initiative, or pitching a client for new business.  Empathy allows you to connect, to anticipate, to listen, and to react.  Used well and genuinely, empathy is an indispensable competitive advantage in business and an essential tool in boosting audience attention.

Those are the four tips I wanted to share to help(1 you boost audience connection.  I'll simply close with one final thought. Just because you're communicating doesn't mean you're connecting. The easiest, most effective fix to ensure you’re doing both is to put your audience first.